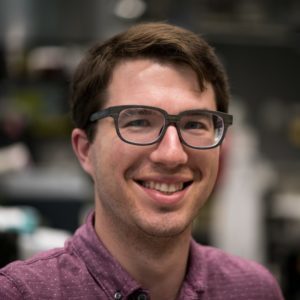 Jack was born and raised in Maryland. He completed his undergraduate degree in Chemical Engineering, minoring in Biology, at the University of Maryland, Baltimore County. There, he conducted research in the lab of Professor Mark Marten, studying mutagenesis and phenotypic profiling of the filamentous fungus Aspergillus nidulans. He completed his M.S. and Ph.D. in Chemical Engineering in the lab of Professor Alfred Spormann at Stanford University. During his Ph.D., Jack researched the interaction of hydrogenases and formate dehydrogenases with electrodes, and the application of redox mediators in improving targeted electrosynthesis of high-energy compounds in enzymatic and cell-based electrochemical systems. This work has broad implications for renewable biochemical production, as it allows for increased flux of renewably generated electricity into usable chemical energy for biological upgrading.

Motivated by a desire to design biological platforms for renewable chemicals synthesis, Jack’s current research focuses on the usage of novel oxidoreductase enzymes in the oleaginous yeast Yarrowia lipolytica to improve the carbon efficiency of metabolism through the introduction of carbon-neutral electron donors.